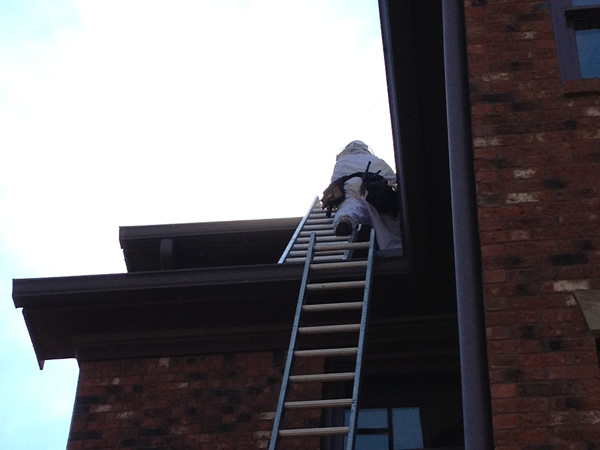 Honey bees are perhaps the most beneficial insects because of their tireless pollinating activity. In a very real way, our agricultural economy depends on the labors of honey bees to pollinate flowering trees and crops. That's why honey bees deserve and get special consideration when it comes to their control.

The most important question to ask about honey bee control is whether it's necessary at all. Honey bees aren't especially aggressive unless they believe that their nest is being threatened, so if the nest is out in the woods somewhere away from any paths, trails, or occupied buildings, chances are that those honeybees won't bother a soul. They attack in a major way if they feel threatened, but they don't go out of their way looking for trouble. As long as you don't approach their nests, they'll generally leave you alone.

Another example of honey bee activity that should not be addressed is when you have a flower bed or garden, and the bees are coming around to collect nectar. That's exactly what they're supposed to do, and your chances of being stung are very low in that situation. The bees just want to collect the nectar and be on their way. They're not looking for a fight.

When Should Honey Bees be Removed? 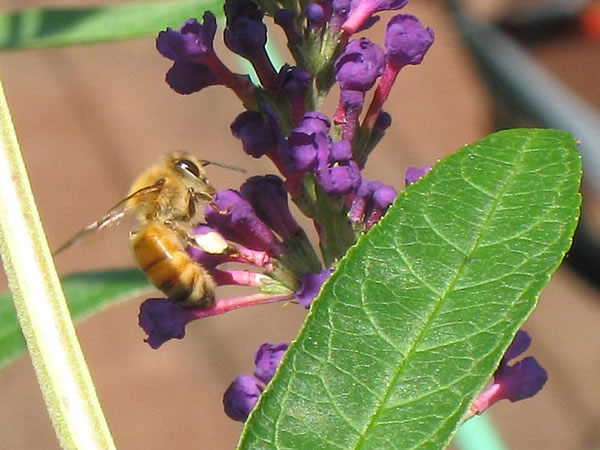 Honey bee on a flower in a garden in Atlanta

As valuable as honey bees are, there are some situations in which they can't be tolerated and have to be removed. The most common example is when the bees have built a nest inside a home or structure, such as in a wall or ceiling void. In this case, a proper bee extraction job will require the removal of the bees, beehive, comb, and honey.

Some pest control companies try to use a shortcut approach. They just drill a hole into wherever they think the nest is and shoot some insecticide in there. This is fast and easy, but it's not the proper way to do the job. What usually happens when a bee colony is exterminated that way is that the dead bees collect in the void, and eventually they start to rot and cause odors.

Another problem with the "kill in place" method of honeybee control is that after the bees are dead, the honey in the comb will start to ferment, and the gases formed will rupture the cells that contain the honey. It will then drip and seep into into whatever is below it, and attracting other insects and animals and often causing costly damage.

When we remove honey bees from a home or other building, we do it the right way: We precisely locate the nest and then remove it, sparing the bees when possible. We also have specialized infrared cameras that allow us to pinpoint the location of a nest even inside walls and ceilings to minimize the need for cutting. By totally removing the bee hive, we eliminate the possibility of problems due to rotting bees or dripping honey.

Doing honey bee removal this way isn't the easiest or the cheapest approach, but it's the right approach. The cost of fixing damage cause by dripping honey will almost always be more than the cost of doing the job the right way from the start.

We provide honey bee control throughout Metro Atlanta and the surrounding communities. Please contact us for more information or to schedule an appointment.